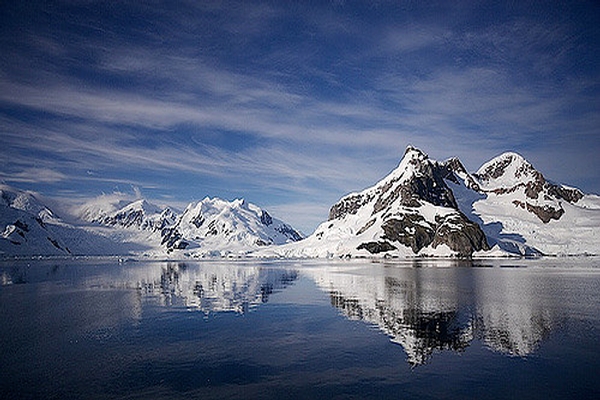 A destination once previously reserved for scientists and the world’s most adventurous explorers is now becoming a day-trip for the well-heeled.

From November through January, a South Africa hotel is offering private charters to Antarctica for $195,000 per person, Forbes reported.

The flights, reserved for no more than 12 travelers, are being offered in conjunction with the Cape Town hotel Ellerman House.

The one-day visit to the planet’s southernmost continent is an all around over-the-top experience that begins with a 5 ½ hour flight on a Gulfstream G550 owned by White Desert while dining on Waygu beef, sushi and one-of-a-kind cocktails that involve using 1000-year-old glacial Antarctica ice. After all, traditional ice just won’t do when you’re paying $195,000.

Once the jet lands at Wolf’s Fang runway, travelers will be taken to Schirmacher Oasis, located on the northernmost coast of Antarctica. During the course of six hours at the oasis, there will be opportunities to go on treks through frozen countryside, explore natural ice tunnels, go rock climbing and more.

After dinner, the Antarctica visit ends and guests are jetted back to Cape Town.

If one day doesn’t sound like nearly enough for such a far-flung destination, there’s also an option to extend the experience to four days, according to Forbes. Those who opt for the longer itinerary will be taken to Whichaway Camp, located in Antarctica’s interior. The camp, far from roughing it, includes six heated sleeping pods, a reception area, lounge and dining room.

Whichaway visitors will have the opportunity to explore science bases, ice climb, zip line over a frozen lake and take part in day trips in 4X4s.

White Desert, which describes itself as the only company offering private jet trips to Antarctica’s interior, says it seeks to have zero impact on the fragile continent, according to its website.  The company says it operates in “strict accordance with the environmental tourism guidelines laid out in the Antarctic Treaty.” Some of the measures it takes include transporting all human waste out of Antarctica and disposing of it responsibly in South Africa.

In addition, portions of the company’s camp are powered by renewable energy.