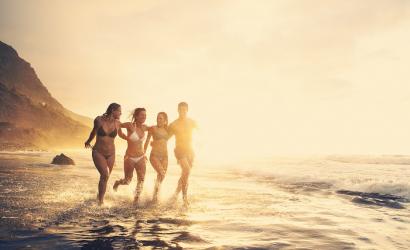 Tourism authorities in Tenerife have moved to limit the damage done to the sector following an outbreak of the coronavirus.

Claiming the situation is already in its “completion phase,” officials said strict compliance with the protocols laid out by the World Health Organisation had successfully limit the spread of the virus.

In total, the local health department has reported five positive cases of coronavirus COVID-19 on the island.

All five sufferers continue to be in “good health” and remain in isolation in hospital in Tenerife, a statement added.

All are believed to have come from Italy and belong to the same group of ten people who were travelling together.

The rest of the group continues to be isolated in their hotel rooms.

Hundreds of guests are also being released from H10 Costa Adeje Palace Hotel in Tenerife, which was placed in lockdown to combat the outbreak.

Around 130 guests who arrived at the hotel after February 24th, who were initially asked to remain in their rooms, have now been allowed to depart.

A smaller number remain at the property undergoing tests.

A final group is made up of those who have shown symptoms and have tested positive (the five people hospitalised up to now), who will be treated in Spain and return to their country when once they are discharged from hospital.

The group also includes the other travellers who had close contact with the hospitalised patients as well as those who have shown mild symptoms at some point during the medical assessments, with negative test results.

These guests remain isolated in their hotel rooms.

Tenerife Tourism Corporation, founded in 1992, was created to promote Tenerife as a leading destination, highlighting the values of the island that welcomes over five million visitors a year.

The Tenerife Tourism Corporation Board aims to promote and improve the island as a tourist destination.