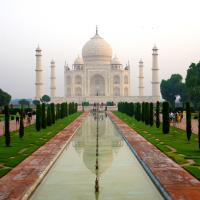 The international taxi platform, Taxi2Airport, analysed the social engagement with the New7Wonders of the World by looking at the number of Facebook likes on posts about these wonders, Twitter followers of pages of these wonders, Instagram hashtags, tagging these monuments and pins on Pinterest related to these wonders. The results of this analysis were then ranked in the Social Engagement Index 2019 where special buildings and constructions were ranked on a 100-point scale.

Chichen Itza – the runner-up
Chichen Itza in Yucatan (Mexico) placed second in the social engagement index, with a total of 92 points. In terms of social engagement, Chichen received the most points from Pinterest, with a total of 2,587 pins. On Facebook and Twitter, the famous city of the Mayas ranked second, whereas on Instagram, it ranked fifth.

Ranking the other Wonders of the World
At the third position, according to Taxi2Airport, is Machu Picchu with 89 points, followed by the Colosseum of Rome (88 points), The Great Wall of China (81 points), The Christ Redeemer in Brazil (81 points) and Petra (Jordan) (77 points). Despite the relatively ‘positive’ ranking of Petra on Facebook (fifth place), this historic and archaeological city scores poorly on every other social media platform, ranking last.