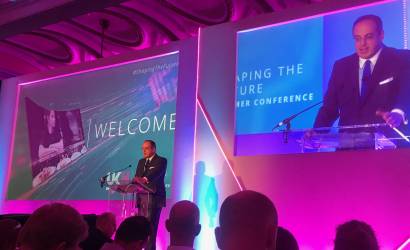 Speaking earlier in London, Ellis admitted workforce challenges were “more acute for hospitality and tourism” than any other sector, but argued the government was working to overcome concerns.

“We are taking steps to reduce uncertainty for as many people as possible as we prepare to withdraw from the European Union at the end of March next year,” he said.

“Securing the rights of citizens has always been the government’s priority – and we have delivered on this commitment.”

The draft withdrawal agreement, published in March, guarantees the rights of EU citizens and their family members living in the United Kingdom, he added.

Ellis argued that, during the implantation period, EU citizens coming to the United Kingdom will be able to live, work and study as they do right now, further reducing short-term concerns.

The implementation period is expected to run until the end of 2020.

“The Home Office has also recently published guidance on how EU citizens can obtain settled status in the United Kingdom – the process will be straight forward, it will be streamlined and we will support applicants to get the right outcome,” he added.

“I appreciate how many of you have European Union nationals working in your companies who are concerned about their status here.

“I hope you feel the work the government is already doing can go some way to allaying those concerns.”

However, many in the audience at the UKHospitality-organised Shaping the Future event remained unconvinced.

“We are getting mixed messages from government,” he said, “we just need to be told what game we are playing in terms of workers.”

He added some 65 per cent of the staff employed by his company in the south-east of England and London were from the European Union, meaning any changes to immigration law were likely to have a significant impact.

His sentiments were echoed by Peter Gowers, chief executive of Travelodge, who added: “The clock is ticking so fast, and it is time to tell the truth; we have gotten used to a large volume of people who have come to the UK to work and it is impossible to replace these people.”

With unemployment at four per cent of the population in the UK, Gowers explained, there were simply not enough people to replace those EU workers leaving the country.

He suggested automation may play a role in meeting demand for labour, especially in the budget hotel sector.

Dermot King, director of Borne Leisure, owner of Butlins, added the government had been too focused on high-skilled works.

This had led officials to ignore the need for large numbers of lower-skilled workers, he explained.