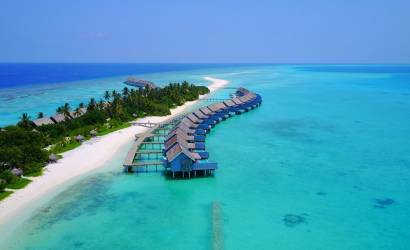 Latest figures from the Maldives show that the destination saw an 11.2 per cent increase in the number of UK travellers who visited in the first six months of 2018, when compared with the same period in 2017.

June itself also welcomed a 6.2 per cent growth in the number of UK tourist arrivals, when compared with the same month in 2017.

Overall, 6,459 travellers from the UK visited the Maldives in June 2018, compared with 6,081 in June 2017, accounting for 6.9 per cent of all tourist arrivals to the Maldives and therefore representing the third largest inbound market for arrivals globally, after China (17.5 per cent) and Germany (eight per cent), respectively.

With regards to total worldwide arrivals, 93,786 travellers visited the Maldives in June 2018 and this represents an increase of ten per cent when compared with June 2017, which welcomed 85,222.

The first six months of 2018 have seen 726,515 global tourists visit the Maldives, an increase of 10.5 per cent when compared with the same period of last year.

This year the Maldives will further confirm its status as one of the most attractive holiday destinations for UK tourists, with the opening of at least 23 new resorts.

The island nation was also recently crowned as the Indian Ocean’s Best Spa Destination at the World Spa Awards.

Commenting on the increase of tourist arrivals, the Maldives minister of tourism, Moosa Zameer, said: “We are once again very pleased to see a notable increase in the number of UK and worldwide arrivals to the Maldives.

“The increase is testament to the country’s world-class tourism industry and with several exciting developments planned for the remaining months of 2018 and into 2019, including the opening of a number of resorts, we look forward to welcoming even more UK tourists to our shores.”