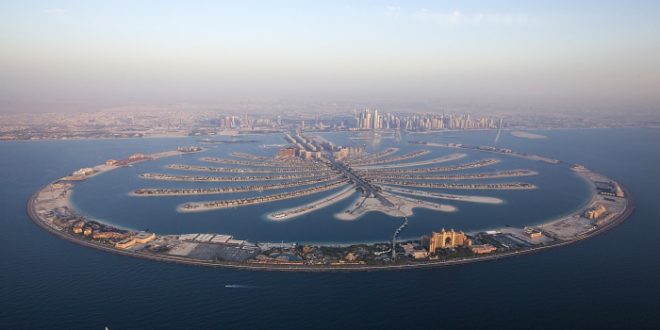 Travellers visiting the United Arab Emirates spent four per cent more last year on their bank cards than in 2017, according to a new report from Visa.

The company said this indicated a positive uptick in the local economy.

Visitors to the destination – which includes tourism hotspots Dubai, Abu Dhabi and Ras al Khaimah – were wowed by attractions including the Palm Jumeriah, Dubai Mall, Jebel Jais zipline and Louvre.

Between January and December last year, the report shows international Visa cardholders spent Dh22.8 billion with their cards while visiting the UAE in 2018, a four per cent year-on-year increase.

The total number of Visa card transactions by visitors to the UAE also grew by 22 per cent when compared to the previous year.

“Transactions growing much faster than spend suggests the UAE’s increasing appeal as a leading global destination for both mass and niche tourism,” said Shahebaz Khan, Visa general manager in the UAE.

“The UAE dirham being pegged to the US dollar, which saw strong performance in most of 2018, made the UAE more expensive for international travellers during the period we looked at for this report,” he added.

“Despite this, the UAE remained an attractive tourist destination for international travellers.”