Published by the Globe and Mail on November 16, 2017 Written by Matt Cote

“I made the team again!” J.F. Labrecque says as he joins a dozen bipedal creatures curiously walking down a steep, snowy alpine mountainside in quizzical zigzags.

The dreadlocked, four-season veteran of Kicking Horse Mountain Resort’s (KHMR) volunteer bootpacking crew doesn’t have skis on his feet, but instead slings them over his shoulder in a slow trudge downhill. To the uninitiated, it looks puzzling. But to locals from Golden, B.C., it’s a coveted preseason ritual with a waiting list of 60.

Starting in early November every year, KHMR’s patrol works with two volunteer groups to litter its expansive alpine bowls with footsteps before the mountain opens. It’s a practice that helps break up problematic early season layers in the snow-pack, stabilizes the base and keeps precious storm layers from peeling off the ridges. For passionate skiers such as Labrecque, it’s a way to get in shape, get above the clouds in the Purcell Mountains and bask in the high-alpine bounty that’s often deep and fluffy well before opening. The reward is a few untouched, private powder runs each day, delivered under the watchful eye of the ski patrol, who act as guides.

Previous RewardExpert releases ranking of 2017’s most and least safe U.S. cities
Next Transform your skiing experience with mindfulness 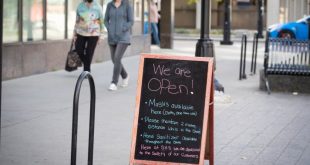 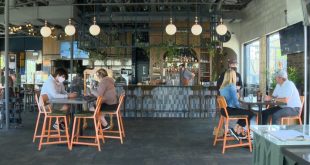