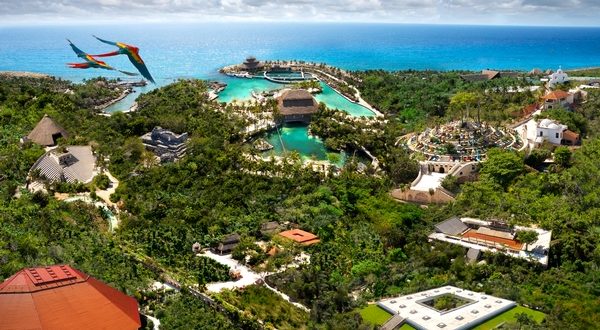 WHY IT RATES: Xcaret parks continue to do their part in making the world a better place—Eric Bowman, TravelPulse Senior Editor

Xcaret, Xel-Há and Xplor parks received the EarthCheck certification that supports the execution of good international practices in favor of tourism sustainability. Experiencias Xcaret parks were the first in the world to receive this certification as of 2009.

The accompaniment of EarthCheck in the last nine years, in addition to allowing the improvement of indicators with a methodology adhering to global standards, proves for Experiencias Xcaret its leadership in recycling and waste management, corporate social responsibility, community development, conservation and dissemination of heritage cultural, research, water conservation, as well as conservation of endangered species.

The certification was registered in the framework of the Sustainable and Social Tourism Summit, which took place in Cancun, with the assistance of specialists in the subject, both from Mexico and abroad. The protocol was headed by Erica Lobos, representative of EarthCheck for Mexico and Latin America. The Vice President of Grupo Experiencias Xcaret, Carlos Constandse, assured that since the creation of this group, almost 30 years ago, the founding partners visualized their success based on a balance between the benefits for people, the environment and prosperity.

“Nine years ago Xel-Há was the first park in the world to receive the EarthCheck certification, becoming a global benchmark for good practices. Afterward, Xcaret was certified and contributed its part, with its set of strengths that make it unique. The feedback from EarthCheck has been valuable since its methodology has been fundamental to improve what we already do well,” said the businessman. Carlos Constandse welcomed the first silver certification for Xplor Park and stated that the rest of the business units of the organization already execute their best practices and will have to be certified soon.