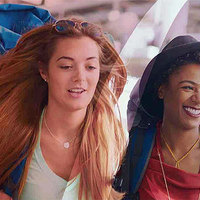 LONDON – The UK is falling out of favour as a must visit English speaking destination for young travellers wanting to study, tour and work, a wide-ranging new report has warned.

Latest visitor statistics show youth travel is no longer growing as it once did. At the same time competitor English speaking countries are thriving.

The inbound youth, student and educational travel sector is worth £22.3 billion a year to Britain and the 14.9m young people who visit represent 38% of all tourists.

Last year saw a fall in spending by young travellers for the first time and numbers coming on holiday dropped to below 2014 levels. Enrolment into higher education by foreign students was flat while demand for courses in the USA soared by 44%, in Canada by 51% and Australia by 27%.

The UK’s global share of those coming to learn the English language has also dropped in the four years from 2011 from 31% to 22% and the number of work visas given to young people was down 12% from 2012.