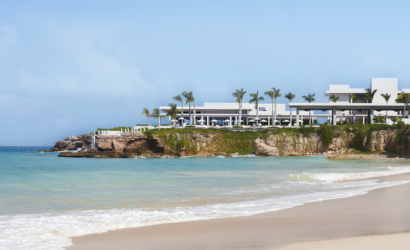 Anguilla Tourist Board says paradise island is open for business

The Anguilla Tourist Board today announced that the 35-square mile Caribbean island, known for its white sandy beaches and warm hospitality, is officially ‘open for business’ once again and ready to welcome UK travellers.

Following Hurricane Irma, which caused extensive damage with 185 miles per hour category five winds just one month ago, the island has made a remarkable and robust recovery, although, there is still a long way to go.

An estimated 30 small hotels, condominiums, guesthouses and private villas have already re-opened or plan to open ahead of the peak winter and Christmas season.

The ATB has published a full list of island accommodation and restaurants with expected opening dates as a guide for visitors, tour operators and travel agents.

A number of the larger and five-star properties plan to reopen from mid-2018, including the newly acquired Belmond Cap Juluca on the Island’s West End.

Anguilla Air Services has also resumed its daily scheduled service to St Maarten, served from the UK by KLM and Air France.

Tourism businesses including a number of restaurants and car hire services, have reopened.

Supermarkets are open and well provisioned, ready for those on self-catering and villa holidays.

Anguilla’s infrastructure is recovering at an extraordinary pace.

Many of the Island’s white sandy beaches have been cleared already, as have island roads.

Phone and internet access have been restored to most parts of the island and significant progress is being made on the complete restoration of the electricity grid.
Water is available but remains on ration.

Carolyn Brown, director for the UK, Ireland & Scandinavia for the Anguilla Tourism Board, said: “The people of Anguilla, with the support of the UK government, have been quick to respond to the damage caused by Irma.

“It is a testament to the strength and resilience of this small Island community that they are now in a position of recovery just one month on, with tourism being at the forefront of that rebound.”

She continued: “The message from the island is that Anguilla is safe, strong and ready to receive visitors over the coming months.”