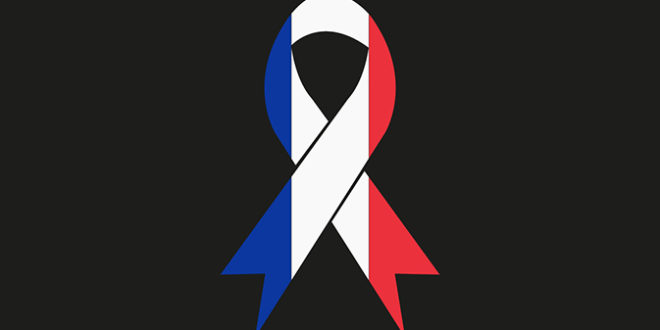 NICE, FRANCE — A Frenchman of Tunisian descent drove a truck through crowds celebrating Bastille Day along Nice’s beachfront, killing at least 84 people, many of them children. The slaughter ended only after police killed the armed attacker in a hail of bullets.

French leaders on Friday extended the country’s nine-month-old state of emergency and vowed to deploy thousands of police reservists on the streets after Thursday night’s massacre, which occurred shortly after a fireworks display for France’s national independence day.

No group has claimed responsibility for the carnage, but French officials called it an undeniable act of terror. The assault on revellers in the southern French city rocked a nation still dealing with the aftermath of two attacks in Paris last year that killed 147 people and were claimed by the Islamic State extremist group.

With France currently experiencing an ongoing threat from terrorism, the Foreign & Commonwealth Office (FCO) have warned: “Due to ongoing threats to France by Islamist terrorist groups, and recent French military intervention against Daesh (formerly referred to as ISIL), the French government has warned the public to be especially vigilant and has reinforced its security measures.”

French President Francois Hollande confirmed France will now extend their state of emergency for a further three months following last night’s attack. In addition, French Prime Minister Manuel Valls said the government is declaring three days of national mourning, which will begin Saturday, and that a measure extending the country’s state of emergency will go before lawmakers next week.

Following the attack, An Associated Press reporter at the scene said passengers were ordered out of Nice Airport and that the terminal building had been sealed off. Military personnel were visible inside, sweeping the baggage collection area. The alert was lifted shortly thereafter, with passengers who had been evacuated being allowed back into the terminal to pick up their bags.

The airport’s website showed flights leaving and landing as usual. In a message posted to the site’s home page, the airport said: “Despite the dreadful events that occurred, access to the airport and Air traffic won’t be disrupted.”

The attack left the global markets reeling, with airlines and travel stocks being among the FTSE 100’s biggest fallers this morning, reports CITY A.M. EasyJet was the index’s worst-performing stock in early trading, falling 2.3%, while International Airlines Group, the parent company of British Airways, fell 1.5%. Travel stocks were also hit, with Tui falling 0.9%, Carnival dropping 1%, and Thomas Cook falling 1.65% on the FTSE 250.

CNBC also reported that French hotel group Accor and Air France-KLM were off 2% or more in trade.

Around the world, global leaders publicly condemned the attack, including Prime Minister Justin Trudeau who said: “On behalf of all Canadians, I extend my deepest condolences to the families and friends of those who were killed. We also wish a speedy recovery to the many more that were injured. Canada and France are the closest of friends, and we stand by the French people as they face this terrible ordeal. We have offered all possible assistance to the French Government … Our thoughts and prayers are with the people of France at this very difficult time. We mourn the loss of so many innocent victims.”

From Taleb Rifai, UNWTO Secretary-General: “On behalf of the international tourism community, UNWTO conveys its heartfelt condolences to the families and friends of the victims and expresses its full solidarity with the people and the Government of France. Nice is, and will continue to be, one of the leading tourism destinations in France and in the world. In the face of these forces of darkness, we must more than ever remain united to fight this global threat.”

The World Travel & Tourism Council (WTTC) also expressed its shock and sadness. “We express our heartfelt condolences to the friends and family of the victims of this callous attack. France is the natural home of international tourism – the most visited destination in the world. With this attack on its day of national celebration of the principles of liberty, equality, and brotherhood – the same principles championed by Travel & Tourism – our sector stands in unity with the people of Nice and France,” said David Scowsill, President & CEO.

Global Affairs Canada issued the following warning to Canadian travellers on its website following the attack:  “There is no nationwide advisory in effect for France. However, you should exercise a high degree of caution due to the current elevated threat of terrorism.”

It remains unclear if any Canadians have been injured or killed in the attack. Two Americans – Sean Copeland and his 11-year-old son Brodie from Lakeway, Texas – have been confirmed to have died. The two were on a family vacation in Nice.

Air Canada has implemented a goodwill policy following the events in Nice for customers who purchased an Air Canada ticket no later than July 14, 2016 and whose itinerary includes a flight to, from or via Nice Côte d’Azur Airport between July 14-21, 2016. The policy reads: “If you are scheduled to travel during the affected time period, you may contact Air Canada Reservations to change your flight, free of charge, to another date between now and Sept. 30, 2016, subject to availability in the cabin you originally purchased. Otherwise, any fare difference will apply. You may also obtain a full refund if your final destination is Nice.”

Canadian citizens in France requiring emergency consular assistance should contact the Embassy of Canada (travel.gc.ca/assistance/embassies-consulates/france) or call Global Affairs Canada’s 24/7 Emergency Watch and Response Centre collect at +1 613 996-8885 or at +1 800 387 3124. An email can also be sent to [email protected]