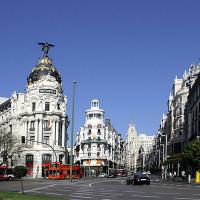 DUSSELDORF, GERMANY – Most of the European capitals decrease the hotel prices in August 2019, with Madrid recording the highest drop of 12% compared to last month. On the contrary, Istanbul registers the sharpest increase of 8% in hotel prices for the month of August among the cities listed on the trivago Hotel Price Index (tHPI), reported by global hotel metasearch trivago.com

Year-on-year comparison in hotel prices in Europe
Most European cities listed on the trivago Hotel Price Index register a year-on-year increase in their hotel prices this August. The average overnight rate for a standard double room in Istanbul is now 78 euros, a 15% increase compared to August 2018, making it the city with the sharpest year-on-year hotel price increase this month. Brussels follows with a 14% year-on-year increase, which translates into 91 euros for a standard double room per night. Vienna holds the third place with an increase of 14% compared to August last year wherein an average hotel rate now stands at 109 euros for an overnight hotel stay. At the other end of the spectrum lie Reykjavik and Dublin, the cities with the sharpest decrease in hotel prices on a year-on-year comparison. Travelers visiting the capital of Iceland will pay 148 euros for a standard double room for an overnight stay, a decrease of 22% compared to last year. Dublin reports a decrease of 6% compared to August 2018, which translates into 100 euros per night. Both Lisbon and Amsterdam register a decrease of 2% compared to the same month of last year, which translates into 103 euros and 144 euros respectively.

Previous Wedding planners, tourism industry scramble in wake of Sea to Sky Gondola collapse
Next Amsterdam: A City Where You Choose the Experience