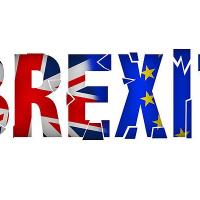 Brexit is set to prompt a further surge in staycations after it emerged that almost half of Brits (49 per cent) are less likely to holiday in Europe after the UK leaves the EU.

Four in ten of those polled also fear travel chaos on the roads around the channel, and more than 14 million pet owners are worried about difficulties with pet passports (27 per cent of respondents).

Sykes Holiday Cottages CEO, Graham Donoghue, said: “This is a key time of year for families planning their next summer getaway.

“There is uncertainty amongst British holidaymakers who aren’t sure how far their spending money will stretch or what will happen with health cover, so we’re expecting many to stay closer to home.

“Local tourism is already the lifeblood of many communities across the length and breadth of the UK, and a further boost in Brits choosing to holiday at home can only be good news for the businesses and economies in our holiday hotspots.”