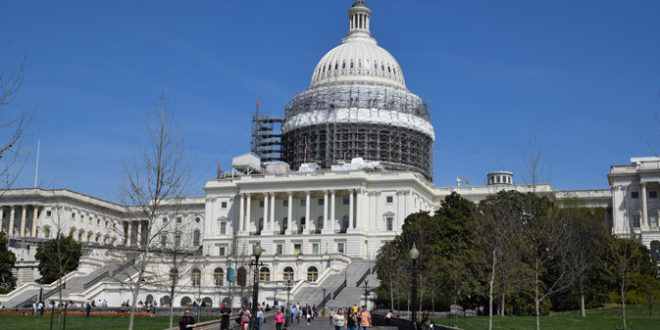 WASHINGTON — Canadian diplomats will be pushing for the adoption of border legislation as the current U.S. Congress convenes for its final few months of business.

The embassy in Washington wants U.S. lawmakers to deal with border reforms before a new president and Congress are sworn in next January.

At issue are pilot projects announced by President Barack Obama and Prime Minister Justin Trudeau, where travellers would clear customs in-land in order to lighten traffic at the actual border.

Implementing legislation needs to be passed in both countries to begin the experiment, which will seek to replicate for land travel the preclearance system that already exists for travellers to the U.S. in major Canadian airports.

Ambassador David MacNaughton said this is the kind of issue with bipartisan support that could get through Congress in the midst of a heated campaign season. But that’s only if lawmakers remember it _ the issue isn’t exactly top of mind in the current U.S. political debate.

Funding for Zika research, the appointment of a Supreme Court justice, and the Trans-Pacific Partnership trade deal are some of the high-profile issues facing U.S. lawmakers, who returned from the summer break Tuesday.

“We will be working with the proponents in Congress and in the administration … to get (preclearance) done,” MacNaughton said in a recent interview.

“Because if you don’t bring it up it could just inadvertently not get passed.”

He said there’s no actual opposition to the idea in Congress. The biggest challenge is finding the right place and time to get it passed. In the spring, an attempt to stick the item into an unrelated omnibus bill collapsed when the parties began arguing over other add-ons and, in order to save the core bill, they stripped out all the additions including the part on the Canada-U.S. border.

“The problem is how do you introduce it; where does it go; does it get attached to another bill,” MacNaughton said. “We’re hoping and expecting that they will pass the legislation by the end of the year.”

The overall plan is to extend the early-customs system that has existed for years at large Canadian airports _ applying it not only to new airports in downtown Toronto and Quebec City but also to land travel for the first time, starting with the Montreal train station and the Rocky Mountaineer west-coast rail line. It’s part of the long-term goal of achieving faster border-crossing for different types of passenger and commercial transport.

First the countries must pass legislation that would spell out the rights and responsibilities of customs officers operating on their soil.

In Canada, a bill recently passed first reading in Parliament.

Bill C-23 lets U.S. officers bring their guns into Canada for work purposes; sets conditions for questioning and strip-searches; lets people leave a customs line unless they’ve been detained; allows civil claims against the U.S. government but not against individual officers; and sets rules for the extradition of officers in the case of criminal misconduct.

An analyst of Canada-U.S. relations said these bills are a required step toward the next generation of border reforms.

“Airport preclearance has existed for many years but the original setup did not envision land, rail and marine entry _ nor the complexities of a post 9-11 world,” said Laura Dawson of the Canada Institute at the Wilson Center in Washington, D.C.

“The new legislation is essential for establishing a clear legal framework.”

As for its prospects in the U.S. Congress, Dawson said the biggest threat to the legislation is neglect and delay: “It’s not likely that there will be opponents… but with so many things competing for attention, it’s not certain that there will be many champions either,” she said.

“I am concerned that an important initiative will fall through the cracks.”

TORONTO — The news reports coming in from Grand Bahama and the Abaco Islands are heartbreaking, and the images even more so.