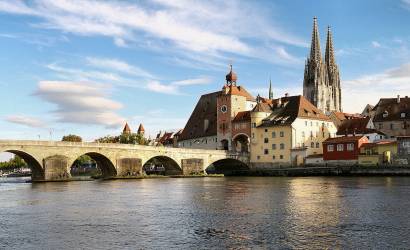 The German National Tourist Board, with its year end summary for 2017, is once more able to report a record result for incoming tourism for the eighth year in a row.

According to preliminary data from the federal statistical office, for the period January to December, 83.9 million international overnight stays were registered in accommodation establishments with at least ten beds.

This is a 3.6 per cent increase compared to the same period in the previous year.

Petra Hedorfer, chief executive of the German National Tourist Board, explained: “In a highly competitive environment, we were able to grow dynamically once more throughout 2017.

“We have further expanded our leading position as a business travel destination, as a trade fair location and as a convention destination.

“Furthermore, Germany is booming on the international market as a holiday destination.”

The top five destinations for Brits and visitors from Ireland are Berlin, Munich, Hamburg, Frankfurt and Cologne in that order (measured in overnight stays).

According to the DIW (German Institute for Economic Research), tourism accounts for 3.9 per cent of Germany’s gross economic product – more than mechanical engineering or retail trade.