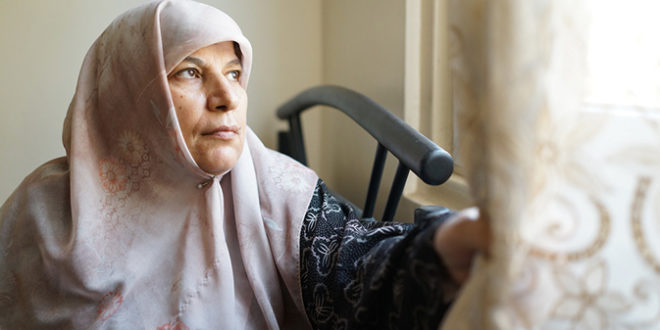 WASHINGTON — Iran’s foreign minister has denounced the partial reinstatement of President Donald Trump’s travel ban as a “truly shameful exhibition of blind hostility to all Iranians” – and a measure that will prevent Iranian grandmothers from seeing their grandchildren in America.

The remarks by Mohammad Javad Zarif came after the Trump administration set criteria for visa applicants from the six Muslim-majority nations and all refugees that require a “close” family or business tie to the United States.

The guidelines sent to U.S. embassies and consulates initially said applicants must prove a relationship with a parent, spouse, child, adult son or daughter, son-in-law, daughter-in-law or sibling in the U.S. Later, the State Department and the Homeland Security Department added “fiancé” to that definition of “close familial relationship” _ but not grandparents or grandchildren.

Zarif, who has persistently assailed the travel ban, wrote on his Twitter account that the “U.S. now bans Iranian grandmothers from seeing their grandchildren, in a truly shameful exhibition of blind hostility to all Iranians.”

Meanwhile the scaled-back version of President Donald Trump’s travel ban is likely to generate a new round of court battles.

The new rules came into effect yesterday but didn’t spark the protests and chaos at airports around the world that marked the original order last January.

Instead of an outright ban as once proposed, the new rules tighten already-tough visa policies affecting citizens from six Muslim-majority countries. Refugees are covered as well.

U.S. Customs and Border Protection spokesman Dan Hetlage says his agency expects business as usual at ports of entry, with all valid visa holders still being able to travel.

Nonetheless, immigration and refugee advocates are vowing to challenge the new requirements.

The Trump administration has struggled to explain how the immigration policy will make the United States safer.

Heading into high season for winter getaways, and with spring and summer vacations on the horizon, Black Friday and Cyber Monday promotions are well-timed for the travel industry.

Previous Did you know? The Eiffel Tower houses a secret apartment
Next Booking Tips for Last Minute Campers