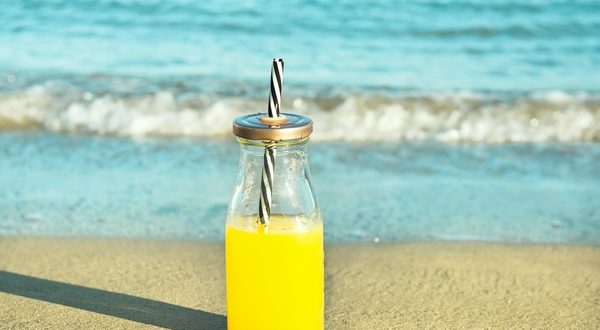 Research shows that a staggering amount of plastic straws—a half billion to be exact—are thrown away every day in the United States. Many of these straws end up as debris on beaches around the country.

In response, an increasing number of cities, particularly those located in coastal areas, are taking steps to remove or at least reduce reliance upon plastic straws.

The latest, the tony beach town of Malibu, California, located just north of Los Angeles, has voted to “prohibit the sale, distribution and use of single-use plastic straws and cutlery within the City to protect the environment from plastic pollution.”

“The ocean, beaches and natural surroundings are a central part of life in Malibu,” wrote the city council on its website. “We are committed to keeping them clean for ourselves, our children and their children in the future.”

Earlier this year, the State of Hawaii was also considering a similar measure, although that legislation was strongly opposed by Hawaii’s food service industry, which said that that paper straws are twice as expensive as plastic ones and that every penny counts in Hawaii’s competitive culinary landscape.

Although that measure appears to have stalled, a number of area hotels are voluntarily taking action.

Sheraton Maui became the first hotel of its kind in Hawaii last year when it banned all plastic drinking straws. Now, only children’s drinks and blended tropical drinks are served with a paper straw. For all other beverages, people must request a straw or go without.

Shortly thereafter, Modern Honolulu began field testing a similar program after it realized its food and beverage outlets distributed more than 612,000 plastic straws in a year. Eliminating those items, mused the property, could eliminate the amount of waste produced without meaningfully impacting the guest experience. Now it only offers paper straws upon request.

“Over the years, concerned guests have notified us of the impact that plastic straws have on our environment. We are thrilled to be able to respond and officially say that Jan. 31, 2018 was ‘the last straw,’” said Simon Amos, hotel manager. “Hilton Waikoloa Village is uniquely gifted with a location that affords guests a front row seat to Hawaii’s spectacular marine life. We’re glad to take this step to be better stewards of this beautiful place.”

A similar statewide law is also up for vote in California, although it seems unlikely to pass, especially since in its current iteration it calls for harsh penalties for violators. Maximum fines for handing a customer a straw can include six months in jail or a $1,000 fine, which has servers worried. Critics of the California bill also question why the bill doesn’t go a step farther to protect the environment, such as banning the tiny umbrellas that come with drinks or fining restaurants who hand too many napkins per customer.

“My intention is simply to raise awareness about the detrimental effects of plastic straws on our environment,” tweeted Calderon.

I’d like to clarify that #AB1884 (Straws Upon Request) is (a) NOT a ban; (b) should it become law, it will NOT make it a crime for servers to provide plastic straws. My intention is simply to raise awareness about the detrimental effects of plastic straws on our environment.

While California mulls the possibility of a state without plastic straws, the City of Malibu is getting serious about helping out its food service industry as it transitions to the new law, which goes into effect June 1, 2018.

The city has already announced it will provide a box of more environmentally friendly “Keep it Clean Malibu” paper straws to local restaurants, to help defray the cost of using the more expensive straws.

Previous Successful recovery in European City Tourism in 2017: +7.7%
Next A banner year for tourism in Montreal as tourists spent $4B in 2017