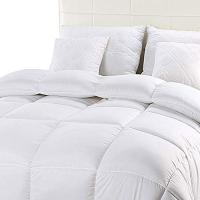 According to the Office of National Statics, the total turnover of the U.K. hospitality industry reached US$ 117.3 Bn in 2017, up from US$ 93.9 Bn in 2015. The growing hospitality and service sector caters to the expansion of the travel and tourism industry, increasing the demand for hotels, thereby leading to huge investments in the field of hotel development, as such, raising the demand for a luxurious feel in hotels. Additionally, the growing tourism industry in emerging economies is increasing the number of hotels to cater to the needs of travellers. Such factors are projected to create significant growth opportunities in emerging economies across the globe.

Duvet Market Analysis by Sales Channel
Based on sales channel, the global duvet market is segmented into online and offline. The offline segment is further divided into supermarkets, hypermarkets, and retail. Under the offline sales channel, the retail sales segment is expected to hold a prominent share in the global duvet market during the forecast period. The online sales channel is projected to experience high growth during the forecast period, owing to high traction of the e-Commerce industry across the globe.