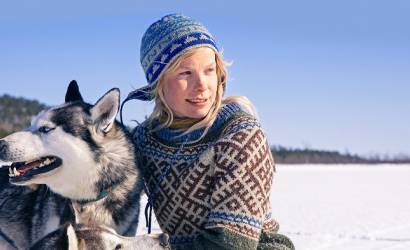 Rent a Finn seeks to capitalise on UN happiness recognition

Finland has been hailed as the happiest nation in the world for the second successive year by the United Nations World Happiness Report.

This summer, travellers have a chance to discover true happiness by staying with locals in Finland thanks to an exciting new initiative.

Through VisitFinland’s new ‘Rent a Finn’ campaign, the country is inviting people from around the world to see how the Finns live in true harmony with nature at first hand.

The margin of victory in the happiness stakes was even greater this year, with Finland beating second placed Denmark by .169 compared to .38 the previous year (ahead of Norway).

Published by the United Nations, the report ranks 156 countries by how happy their citizens perceive themselves to be.

Based on the report, the Finns’ happiness can be credited to their high GDP, long lifespan, connection with nature, lack of corruption and the people’s control over their own life, among other things.

The UK finished in 15th place this year, up from 19th the previous year, one above Ireland and four above the US – which came in at its lowest ranking ever at 19th.

Paavo Virkkunen, head of VisitFinland at Business Finland said: “Our Rent a Finn campaign is a response to the global travel trend of living like a local, which is all about sharing genuine experiences with regular people.

“It allows travellers to experience the Finns’ strong, personal connection to nature with the help of our happiness guides.”

The Rent a Finn initiative has initially enlisted eight ordinary Finns to work as happiness guides for travellers.

The guides, who were chosen from among hundreds of applicants, will host visitors for a few days and show their own ways of relieving stress in nature.

Visit Finland has already had 755 video applications from 78 countries for the Rent a Finn campaign, with the country predicting 1,000 applications by next week.

The visits will take place during summer 2019 and will be free of charge for the travellers.

Applications are open until April 14th.