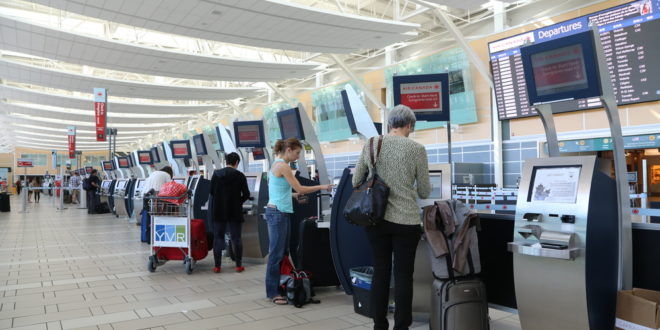 VANCOUVER — A sharp spike in travel to Latin America helped boost Vancouver International Airport’s passenger numbers in the first half of 2016.

Overall, the airport saw 10.5 million passengers between January and June, up 8.1 per cent from the same period in 2015 — a jump that puts the airport on track to break its passenger record by year-end.

International traffic (excluding the U.S.) rose 13.7 per cent at YVR in the six-month period over a year ago, while domestic travel was up 7.6 per cent and U.S. traffic climbed 3.8 per cent.

Traffic to and from Latin America shot up 20 per cent.

A key component of that was the service to Mexico City offered by Air Canada and Aeromexico, the airport said.

Aeromexico introduced its non-stop flights on the route last December.

The airport said it expects Air Canada’s new non-stop daily flights to Brisbane, Australia, which launched on June 1, and the airline’s non-stop service to Delhi that kicks off Oct. 20 to further bump up its international numbers.

Craig Richmond, president and CEO of Vancouver Airport Authority, called it “a fantastic period of growth” for the airport.