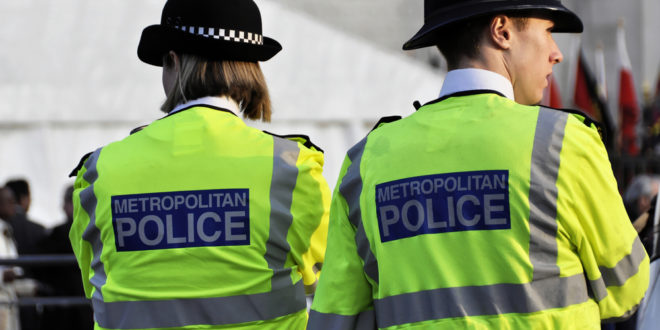 LONDON — A Norwegian teenager of Somali origin is suspected of going on a knife rampage through London’s tourist hub of Russell Square, killing an American woman and injuring five other people, police said Thursday.

The London force sent extra officers into the city streets and mobilized counterterror detectives, but said the investigation suggested mental illness was the driving force behind the attack.

The attack came just days after authorities warned the British public to be vigilant in light of attacks inspired by the Islamic State group elsewhere in Europe.

Metropolitan Police Assistant Commissioner Mark Rowley said the investigation “increasingly points to this tragic incident as having been triggered by mental-health issues.”

“So far we have found no evidence of radicalization or anything that would suggest the man in our custody was motivated by terrorism,” Rowley said.

The name of the dead woman, thought to be in her 60s, has not been released. Rowley said the five injured people are British, American, Israeli and Australian, and none has life-threatening injuries. Two remain in a hospital, while three others have been discharged.

Rowley said it appeared to be a “spontaneous attack and that the victims were selected at random.”

“We all have a vital role to play as eyes and ears for our police and security services and in helping to ensure London is protected,” Khan said.

The Russell Square incident came within hours of an announcement by London police that they were putting more armed officers on the streets. The idea was to sustain public confidence following attacks by Islamic State-inspired groups in Europe.