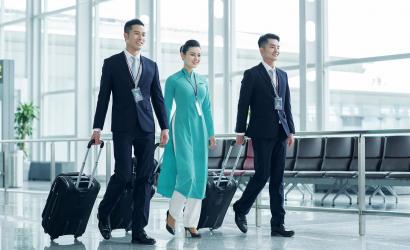 Vietnam Airlines has confirmed it will launch two new services to Shenzhen in China.

Flights from Ho Chi Minh City will take off from November 27th, followed by departures from Hanoi the following day, November 28th.

The routes will operate at a frequency of three- and four-weekly flights respectively.

These are Vietnam Airlines’ 15th and 16th routes connecting the two countries to further expand the carrier’s network in China.

Operated on the Airbus A321, flights will depart from Ho Chi Minh City to Shenzhen on Mondays, Wednesdays and Fridays at 22:45, while flights from Hanoi to Shenzhen will depart on Tuesdays, Thursdays, Saturdays and Sundays at 23:55.

These new routes will not only connect Hanoi and Ho Chi Minh City to one of the most vibrant economic and technology hubs in China, but also enable travellers to explore attractive domestic destinations in both Vietnam and China.