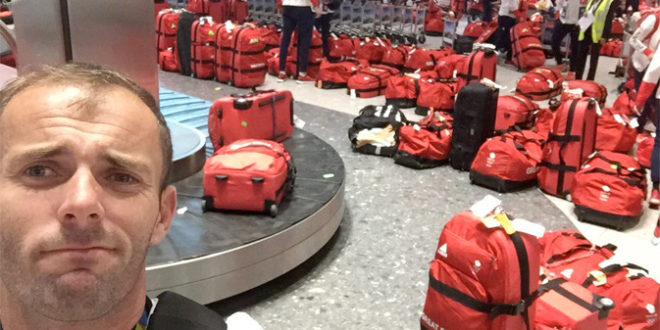 Has anyone seen my red bag? Chaos as Team GB arrives home

After a long flight home from Rio de Janeiro, the athletes quickly found that their show of solidarity and team spirit – in the form of matching red backpacks – wasn’t all that smart in hindsight. A total of 320 athletes and support staff were on British Airways flight BA2016, which meant that they all had to sift through approximately 300 identical red backpacks in baggage claim.

It was a logistical nightmare, to say the least, but luckily, the British has long been known for their tongue-in-cheek humour and good nature.

Here are just a few photos posted by athletes, poking fun at the red bag debacle:

Mine’s the red one!! pic.twitter.com/Z68nxrDyJ6

Finding my bag could prove more challenging than the racing #greattobeBAck @TeamGB pic.twitter.com/SyzXO153KU