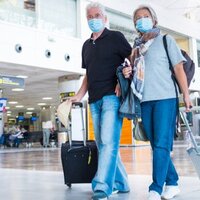 NEW YORK – The United States Tour Operators Association (USTOA) released new findings from a survey of its tour operator Active Members following the European Union’s announcement on August 30 to remove the United States from its “safe list.” Roughly nine out of ten (88%) of USTOA Active Members who responded to the survey operate tours or packaged travel itineraries to Europe.

According to the survey, three fourths (74%) of USTOA Active Members who operate in Europe reported guests with existing 2021 European bookings postponed their travel and rebooked for a later departure date following the EU announcement that moved the US to the red list. Two thirds (60%) of respondents said guests with existing bookings to EU countries reacted by cancelling their 2021 European travel.

Terry Dale, USTOA president and CEO added, “What we have heard from our tour operator members is that the EU policy change – and the resulting news coverage – immediately raised confusion among travelers, along with hesitation and doubts about their ability to proceed with European vacation plans this year. In fact, vaccinated Americans, for the most part, can move forward with their travel plans to Europe and many of our members have been operating travel programs and tours successfully in Europe for months.”

Dale continued, “However, it is encouraging that despite the influence of the EU news more than three fourths (79%) our tour operator members reported having guests who are proceeding with their booked 2021 Europe travel.”

To gauge the overall impact that the EU announcement has had on tour operators’ current European operations, USTOA asked its Active Members to select all statements that applied:

Conversely, roughly 19% of Active Members said they’ve seen an increase in non-European destination bookings because of the EU policy change.