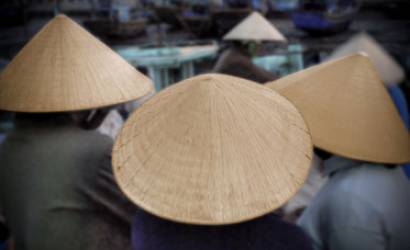 Formula 1 has officially announced that the Vietnam Grand Prix will join its calendar for the 2020 season.

The event, expected to provide a tremendous boost to the already thriving tourism sector in the country, will take place on a new street circuit set to be built in the capital city of Hanoi.

F1 is believed to have been evaluating a potential race in Vietnam for several years, with plans accelerating following the takeover by Liberty Media in 2017.

“We are delighted to announce that Hanoi will host a Formula 1 Grand Prix.

“Since we became involved in this sport in 2017, we have talked about developing new destination cities to broaden the appeal of Formula 1 and the Vietnamese Grand Prix is a realisation of that ambition,” said F1 chief executive and chairman Chase Carey.

“We are thrilled to be here in Hanoi, one of the most exciting cities in the world right now with such a rich history and an incredible future ahead of it.

“This is the perfect formula for Grand Prix racing and I look forward to this becoming a real highlight of the F1 calendar.”

He added: “Our team, working in collaboration with the City of Hanoi and promoter Vingroup, has worked to enable a circuit that will not only test the drivers but also ensure that our fans enjoy the racing spectacle.

“We are really looking forward to seeing Formula 1 cars speeding around the streets of this fantastic city from 2020.”

FIA race director, Charlie Whiting, is believed to have visited the proposed site in Hanoi en route to Japan in October and said it was on course for a race.

The inaugural Vietnam Grand Prix will be held in April 2020.

Nguyen Duc Chung, chairman, City of Hanoi said: “We are proud to be hosting the Formula 1 Vietnam Grand Prix, and showcasing the city of Hanoi to the world with its special combination of ancient and modern beauty from 2020.

“This is a further demonstration of Vietnam’s ability, as one of the fastest growing economies in the world to host events on a global scale and attract tourism to the country.

“It provides an opportunity for inward investment to Vietnam and importantly to bring the exciting wheel to wheel racing of Formula 1 to the people of Vietnam.”

The race will be the fourth Asian round on the F1 calendar for 2020, joining existing events in China, Singapore and Japan.

The rapidly developing Vietnamese tourism sector has been keen to attract stellar events in order to boost its profile on the international stage.

Having also been recognised as Asia’s Leading Destination this year, the future of the tourism sector in the country is bright.